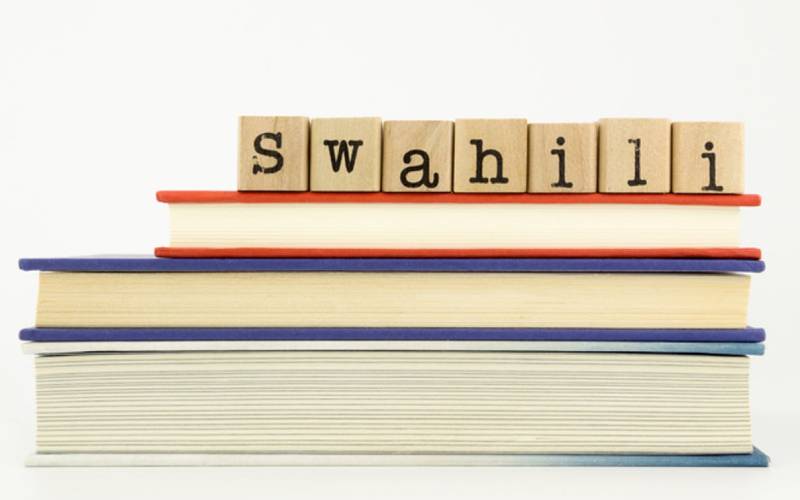 Swahili will be recognized worldwide once a year, starting July 7, 2022.

The language, which has its roots in East Africa, becomes the continent’s first dialect to be recognized by the United Nations Educational, Scientific and Cultural Organization (UNESCO).

UNESCO made the announcement on Tuesday 23 November during its 41st session of Member States held in Paris, France.

“The UN has set aside a day to celebrate Kiswahili. The language will be celebrated on July 7 of each year. The decision was adopted by all members of UNESCO without any objection, ”the organization said on Twitter on Tuesday.

The move has been welcomed by social media users and Swahili experts, who say it is high time for the language to be accepted globally.

Tanzania boasts of the largest number of speakers of Swahili in the world, with 10 percent of its population (5.9 million) using it as their mother tongue. The dialect, however, has been adopted by all Tanzanians as the official language of communication.

Professor Kitula King’ei, a seasoned lecturer who teaches Swahili at Kenyatta University, told The Standard that the language is the most popular and widespread dialect in Africa.

“Swahili has come of age. Countries like Namibia, South Africa and Mozambique, which originally did not use the language for communication, have now adopted it and teach it in schools, ”he said. he declares.

Professor King’ei said this should serve as a wake-up call in Kenya to protect the language and strengthen its use in schools and government-related functions.

“Sheng, which is a corrupt Swahili version, is not as popular as pure Swahili. Its spread (that of Sheng) will not threaten the survival of pure Swahili, ”Professor King’ei said.

The speaker is optimistic that the global acceptance and adoption of Swahili would one day rival that of English or French.

Swahili, a language strongly influenced by Arabic, dates back to the 19th century.

The Swahili word was borrowed from the Arabic saw ?? il? – an adjectival word, meaning “from the coast”.

The language dates back to the contacts of Arab traders with the inhabitants of the east coast of Africa for many years.

At the start of the 19th century, the spread of Swahili inland received great impetus through its use by Arab ivory traders and slave caravans. The language has penetrated as far north as Uganda and as far west as Congo.

Swahili was later adopted by European colonialists, especially the Germans, who used it extensively as the language of administration in Tanganyika (now known as Tanzania), thus laying the groundwork for its adoption as a language National of Independent Tanzania.

In Kenya and Uganda, other local languages ​​also received official encouragement during the colonial period, but the tendency in these countries was to emphasize the use of Swahili.