Antananarivo [Madagascar], October 2 (ANI): the Embassy of India in Madagascar celebrated on Saturday the 152nd anniversary of the birth of Mahatma Gandhi in Antananarivo.
The event brought together various members of Indian communities in the East African country, including Hindus, Khojas, Ismalies and Bohras.
Ambassador Abhay Kumar, during a speech at the event, highlighted the various celebrations organized by the Embassy under the auspices of Azadi ka Amrit Mahotsav to commemorate his 75 years of independence from India and said: “It gives me great pleasure to know that a cross-community sport competition has been organized today. Promoting social harmony and inter-community brotherhood is a fitting tribute to Mahatma Gandhi on the occasion of his birthday.

“Mahatma Gandhi, the greatest pravasi bhartiya was born in Gujarat, and Madagascar has a strong Indian community which has its roots in Gujarat. Mahatma Gandhi said-“ Be the change you want to see in the world ”, following these words from Bapu, a year ago on Gandhi Jayanti, the Indian embassy in Madagascar has become entirely solar, ”added the ambassador, read the press release from the embassy. 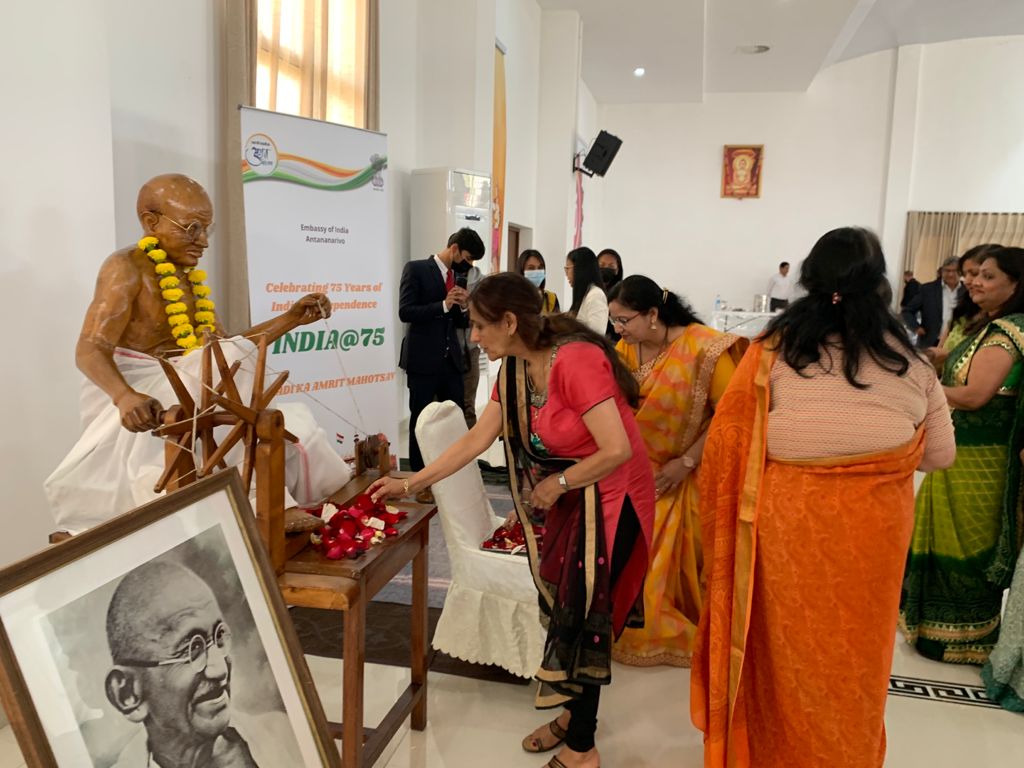 The event was followed by a floral tribute to the statue of Mahatma Gandhi. Bhajans like “Vaishnav Jan to” and “Raghupati Raghav Raja Ram” were sung by members of the Indian community on this occasion.
The Indian Embassy building will also be illuminated by the projection of Gandhiji’s image to mark the occasion, the statement said. (ANI)