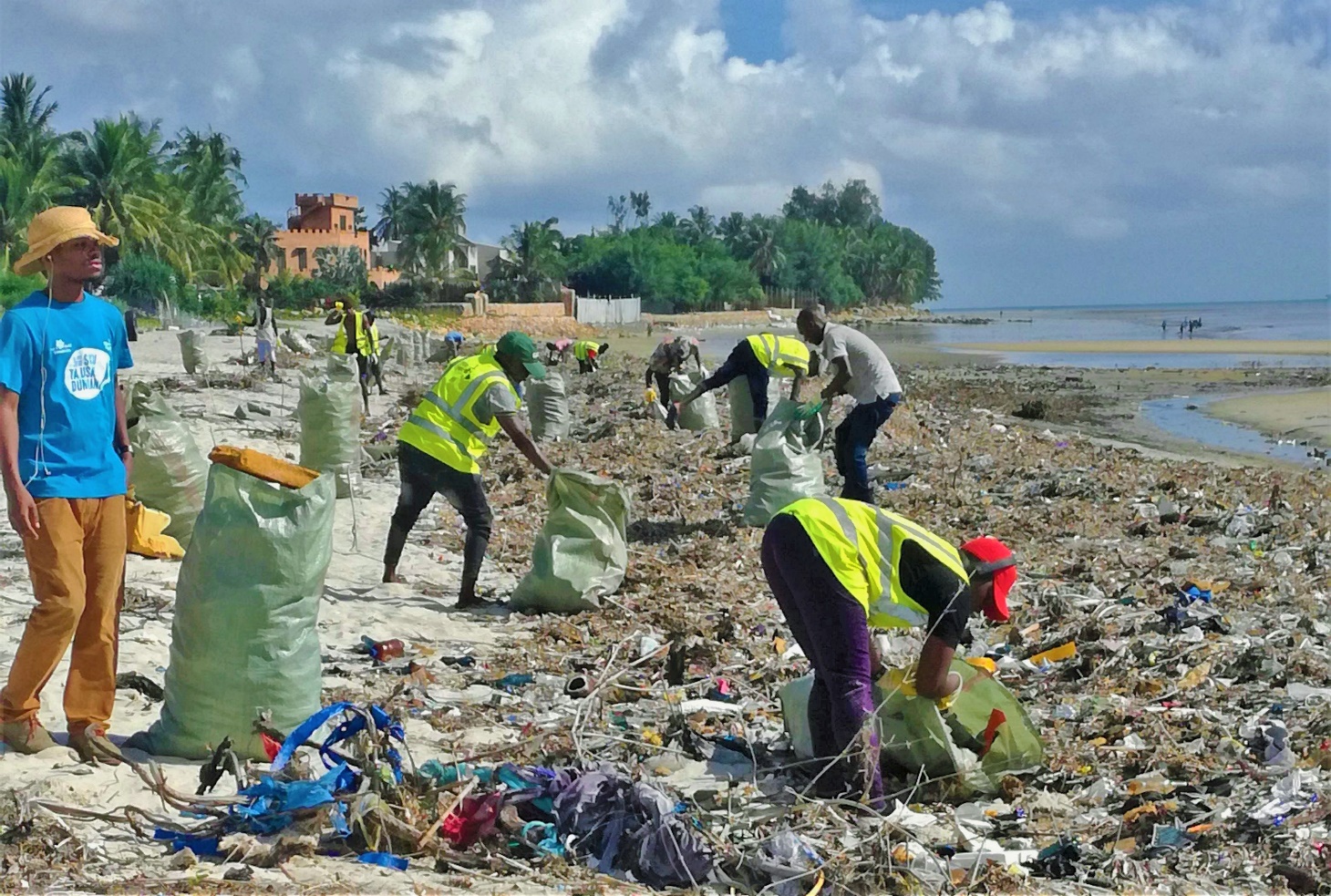 The blue economy stands for â€œthe sustainable use of ocean resources for economic growth, improved livelihoods and jobs while maintaining the health of the ocean ecosystemâ€. Tanzania has enormous water resources: lakes Victoria, Tanganyika, Nyasa and Rukwa representing about 37% of the national surface; a coastline of 1,424 km and hundreds of islands in the Zanzibar Archipelago.

The Blue Economic Agenda has naturally become a top priority for both the continent and Zanzibar. HE Samia Suluhu Hassan identified the blue economy as a priority in her first State of the Nation address and HE Hussein Mwinyi created a blue economy ministry.

Not only will these efforts enable Tanzania to develop sustainable use of its marine, lake and coastal resources, but the country could become a leader in the blue economy strategy in the coming years.

France’s strategy for the blue economy in the Indian Ocean

As members of the Indian Ocean Rim Association (IORA), France and Tanzania will interact more closely on this common priority. Indeed, due to its overseas territories in the region of Mayotte and Reunion, being the most famous French islands, France became a member of IORA in 2020.

This dynamic intergovernmental organization aims to strengthen cooperation and sustainable development in the Indian Ocean region through its 23 member states with an emphasis on maritime safety and security; trade and investment; tourism; academic, scientific and technological exchanges; fisheries management; disaster risk management; the economic empowerment of women; and, of courseâ€¦ the blue economy.

The blue economy is also the priority of the French presidency of the Indian Ocean Commission (IOC) in 2021-2022. For more than 30 years, the IOC has been the only African organization to which France is a member, alongside the Comoros, Madagascar, Mauritius and the Seychelles. As part of its IOC presidency, France will strengthen its cooperation with the entire region and Tanzania, in various fields, including maritime security, economic integration, environmental preservation. and environmental risk management.

The French Embassy in Tanzania is already supporting two projects related to the Blue Economy. The first is implemented by the Tanzania Forest Conservation Group (TFCG), which promotes environmental education and biodiversity protection along coastal forests. The second, called â€œPlastiki yako mazingira yetuâ€, is implemented by the NGO Nipe Fagio and targets the production and consumption of single-use plastic in Tanzania, promoting the zero waste model in the country.

In addition, the French Development Agency (AFD) is implementing its Oceans Strategy with Tanzania, guiding the group’s activities in marine and coastal areas. For example, AFD is financing the Aqua Coco project, linked to aquaculture and conservation efforts with the NGO IUCN, AFD is also working with the Tanzanian Ministry of Natural Resources and Tourism and Tanzania Forest Services in order to implement a comprehensive reforestation project.

Discussions on the multiple facets of the Blue Economy are underway between France, Tanzania and Zanzibar in order to jointly contribute to an ambitious Blue Economy strategy, beneficial for our two countries but also for the entire Ocean region. Indian.

How will we write the history of the Tokyo 2020 Olympics?

Heathrow and Gatwick: The full list of Green and Orange List destinations with non-quarantine travel for double-bitten Britons