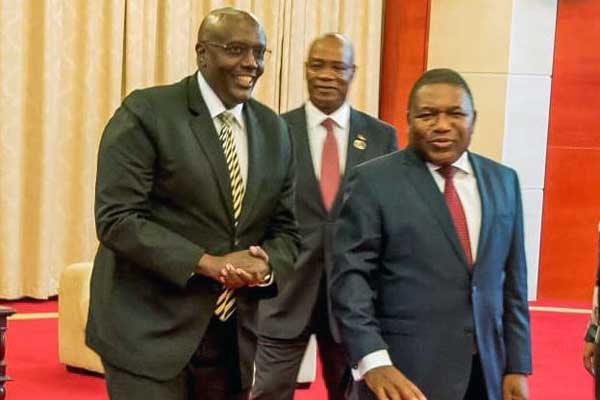 Uganda has stepped up the marketing of dairy products in the eastern and southern African regions.

The government said this was focused on growing regional demand for domestically produced goods following the drop in consumption during the Covid-19 pandemic.

“We have taken over the commitments of stakeholders in various countries of our accreditation to authorize Ugandan dairy products,” said Ugandan Ambassador to Tanzania Richard Kabonero.

“We are mainly focused on assisting our processors to access the export markets for liquid milk, powdered milk, ghee and butter oil,” he noted.

The Ugandan dairy industry continued to grow in terms of export volumes which saw an increase in foreign exchange from $ 139.5 million in 2019 to $ 205 million in 2020 (780 billion shillings).

Uganda currently produces 1.9 million liters of milk per day in more than 400 centers.

The dairy industry is now the third largest source of foreign exchange income from agricultural products after coffee and fish, bringing in Shs 780 billion to the economy.

Coca-Cola Zambia shall submit a sample of powdered milk to the Central Veterinary Research Institute (CVRI) of the Department of Veterinary Services for microbiological analysis, pesticide residues, veterinary drug residues and any other tests to ensure that the products comply with national laws and standards.

According to the Executive Director of the Diary Development Authority (DDA), Dr Michael Kansiime, Zambia’s decision is an important victory for the Ugandan dairy industry, which is struggling to find a market in the troubled region of the Community of ‘East Africa.

Kabonero said that increasing milk exports to southern Africa will increase the household incomes of local farmers and attract billions of dollars of investment in the dairy sector, thereby creating more jobs and tax revenues for the government.