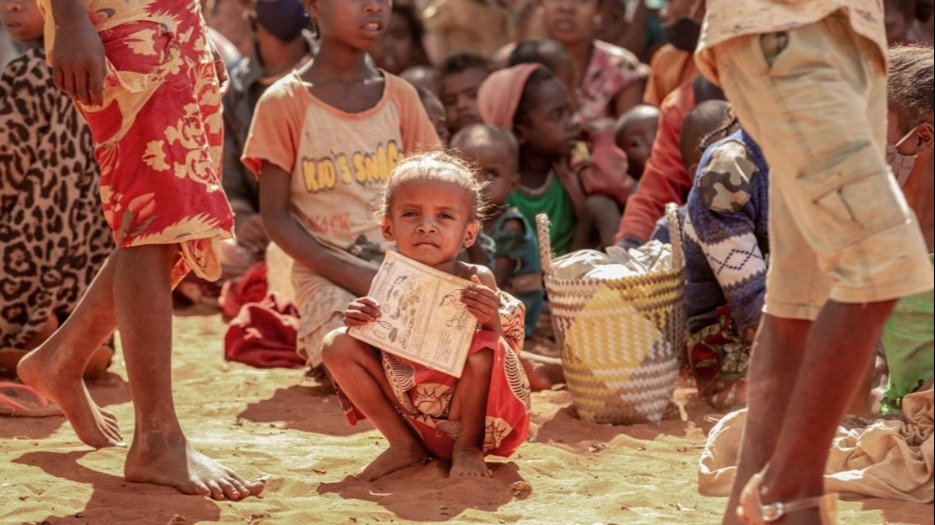 Ms Blanárová recently returned to the UK after spending four months in Madagascar, a country in southern Africa, plagued by consecutive droughts.

The effects of climate change ravage the southern neighborhoods of Madagascar, a country that produces only 0.01% of global emissions. And with the country now in the throes of the worst drought in 40 years, the UN warns that up to 500,000 people are walking into famine.

I have just returned to the UK after spending the last four months in Madagascar. Having seen the situation with my own eyes, the only word I can think of to describe the scale of the crisis is “massive”.

I visited communities where entire families lived on dead leaves and met mothers who mixed tamarind with ashes from the fire, just to put something in their children’s stomachs. It was a truly heartbreaking experience.

My work has led me to humanitarian crises all over the world, from Haiti to Yemen, but I couldn’t help but be shocked by the tragedy that engulfed southern Madagascar. It looks like a forgotten crisis.

The kéré – which roughly translates to famine in Malagasy – travels to the south every year in October and is a lean period associated with the cycle of expansion and slowdown of heavy rains followed by periods of drought.

The problem Madagascar faces today is that the kéré arrived last year and never left.

When you add to that the impact of Covid-19, which has raised food prices and reduced employment opportunities, you have a perfect storm of humanitarian needs that looks like it could escalate at any time.

Water scarcity was already chronic in the region, but low rainfall and depletion of the water table – the boundary between the unsaturated zone and the saturated underground zone – compounded a bad situation.

Families have little choice but to consume the water they can find, which has led to an increase in the number of water-borne illnesses our teams face.

Not only do these diseases present their own risks to children’s health, but they also increase the likelihood of a child suffering from malnutrition, which remains the biggest killer of children under five, contributing almost half (45%) of all infant deaths.

Despite the best efforts of Action Against Hunger and a handful of other international NGOs, the needs on the ground are increasing.

But for many of the children I have met in Madagascar, November will be too late. Madagascar is on the verge of a famine that it did not or little to create. He is a victim of decisions made thousands of miles away, on the boards and government offices of the very countries the UN is now calling on to help.

If governments really care about reversing the impact of climate change, then they need to stop looking to the future.

Climate change is underway today, and for the children of Madagascar, its consequences are already deadly.