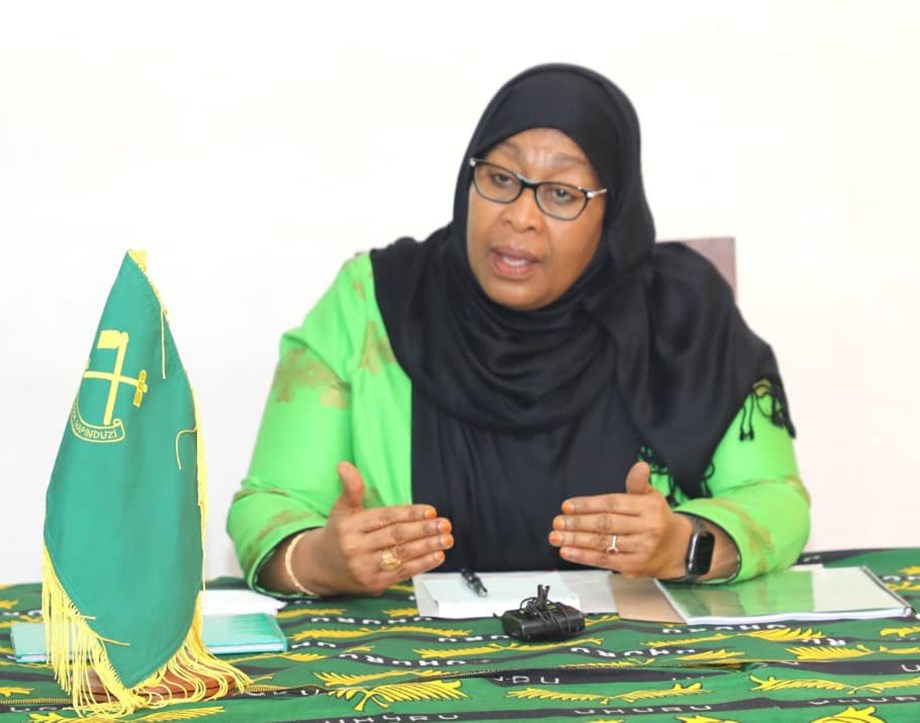 Mumbai, Maharashtra, India & Accra, Ghana – Business Wire India • The President of Tanzania, SAMIA SULUHU HASSAN; CEO of Merck Foundation, Senator, Dr Rasha Kelej; The Prime Minister of TOGO, SE VICTOIRE TOMEGAH DOGBÉ, The Vice-President of Uganda, SE JESSICA ROSE EPEL ALUPO and The Vice-President of Benin, SE MARIAM CHABI TALATA among the 100 most influential African women 2021. • The list of the 100 Most Influential African Women 2020, published by the Avance Media group as part of the ‘Be a Girl’ initiative to recognize their efforts and achievements, which continue to inspire young people across the African continent and beyond. of the.

Senator Dr Rasha Kelej, CEO of the Merck Foundation and President of the Merck Foundation More than a mother was included in the list of the 100 most influential African women 2021, published by the initiative “Be a Girl”, for the second consecutive year. Avance Media, a leading rating company, through its girls empowerment project, ‘Be A Girl’, is launching this annual publication to highlight and celebrate the amazing achievements of 100 nicknamed African women.

Merck Foundation CEO, President of Merck Foundation More Than a Mother and Member of the Egyptian Senate, Senator Dr Rasha Kelej has been recognized for her efforts to transform patient care in Africa, breaking the stigma of l ‘infertility through its poignant “More Than a Mother” campaign and empower girls in education so that they can realize their potential and pursue their dreams through the “Educate Linda” program.

This is the fourth time that Senator Dr. Rasha Kelej is on the list of the 100 most influential Africans (women and men). She was also recognized by New African Magazine, UK in 2019 and 2020, for empowering women in general and infertile women in particular through the ‘More than a Mother’ campaign.

Senator, Dr Rasha is truly a force of nature and one of Africa’s unsung “heroes” of women’s empowerment and health advocates.

Speaking of this honor, Senator Dr Rasha Kelej stressed: “I am truly honored by this recognition and very happy to be included in the list alongside many prestigious and renowned African women. I congratulate each of them. This is a huge validation of my journey and my efforts to empower the women of my continent, it will certainly motivate me to work even harder and more sincerely towards my goal of transforming patient care for the people of my continent. Beloved Africa. ”Senator, Dr. RashaKelej is the mastermind behind the inspiring“ More Than a Mother ”campaign – a rallying call against the stigma of female infertility. The campaign empowers infertile women through access Information, Health, Mindset Change and Economic Empowerment Over 20 African First Ladies Appointed as Merck Foundation More Than a Mother Ambassadors which is very impressive.

Originally from Egypt, this versatile woman and style icon is a pioneer and influencer in changing the perception of how fashion, film, music and media can be used to address sensitive social issues through fashion, movies and songs “More than a mother”. & Media Awards because she strongly believes in the essential role of these fraternities in creating a culture change.

She has also contributed to the future of hundreds of girls through her “Educate Linda” program by supporting the education of many high performing girls by providing scholarships and grants that can cover tuition, school uniforms and school fees. other essentials, including notebooks, pens, and math instruments, so they can reach their potential and pursue their dreams.

“Empowering women begins with education, to enable them to be healthier, stronger and independent,” said Senator Dr Rasha.

Additionally, she was an inspiring pioneer in transforming patient care in Africa. More than 1,300 physicians from 42 countries benefit from Merck Foundation scholarships in critical and underserved areas such as oncology, diabetes, preventive cardiovascular medicine, endocrinology, sexual and reproductive medicine, acute medicine, respiratory medicine, embryology and fertility, and many more.

She stressed: “During the coronavirus pandemic, it has been more important than ever to build capacity and train specialist doctors. In some of these countries, they never had even a single oncologist, for example. They may only have a general practitioner. has made history in such countries as Gambia, Burundi, Siera Leone, Botswana, Namibia, Chad, Niger, Guinea and Liberia, not only in oncology but in many critical and ill specialties. services such as respiratory, pediatric, orthopedic, psychiatric, intensive care and more. “The 2021 list of the 100 most influential African women includes representation of the most powerful African women from 28 African countries, chosen from various professional backgrounds, including diplomacy, philanthropy, politics, activism, entrepreneurship, business leadership and entertainment. It includes many famous names like; HE SAMIA SULUHU HASSAN, President of Tanzania; HE MARIAM CHABI TALATA, Vice President of Benin; HE VICTOIRE TOMEGAH DOGBÉ, Prime Minister of Togo and HE JESSICA ROSE EPEL ALUPO, Vice-President of Uganda, among others.

Edited by Winnie Botha of ‘For Africa’ Media Sentor, Dr. RashaKelej Facebook: https://www.facebook.com/KelejRasha/ Senator, Dr. RashaKelej Twitter: http://www.twitter.com/rashakelej Senator, Dr. RashaKelej Instagram: http://www.instagram.com/rasha_kelej For more information on the Merck Foundation, please visit: www.merck-foundation.com To view the list of the 100 Most Influential African Women 2021, please visit: https: //100women.avancemedia.org/2021-honourees/ To view the image, click on the link below: The President of Tanzania, CEO of Merck Foundation, Prime Minister of TOGO and the Vice-Presidents of Uganda and Benin among the 100 Most Influential African Women 2021.

(This story was not edited by Devdiscourse staff and is auto-generated from a syndicated feed.)