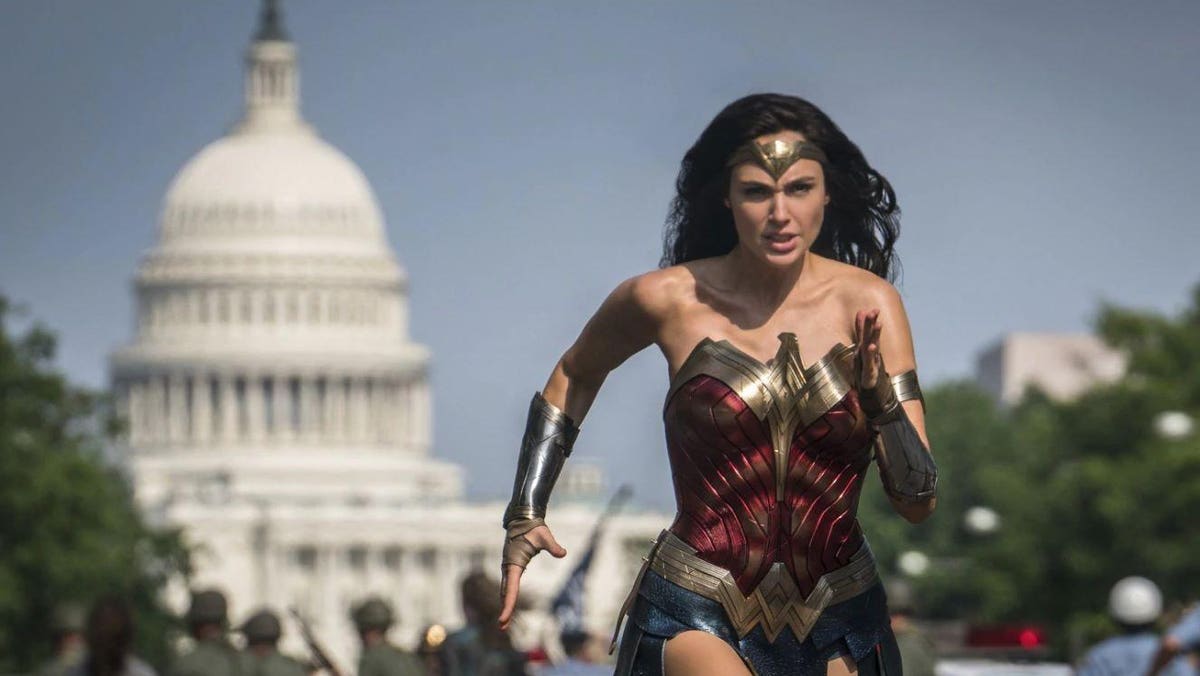 With Wonder Woman 1984 landing in domestic theaters (where available) and on HBO Max (for the next thirty days) tonight, I thought this was as good a time as any to look at the very best comic book superhero sequels. And for the record, this will specifically involve “part two” installments (sorry, Iron Man 3) and won’t include spin-offs (sorry, Birds of Prey). Save for maybe horror flicks; no sub-genre is more sequel-friendly than the comic book movie, thanks to decades of source material and the often-unbeatable allure of “big star as the big villain” hook for the next go-around. Moreover, since most “part 1” installments are somewhat preoccupied with origin stories, it’s the sequel where the filmmakers hopefully get to cut loose and spread their wings a bit. So, well, that’s pretty much it. As always, this list won’t match with your list, because what fun would that be? Without further ado.

Patty Jenkins’ Wonder Woman was somewhat grounded by living within Zack Snyder’s darker DC Films universe and having to prove that a female superhero flick could be as big and muscular a fantasy action flick as the male equivalent. Wonder Woman 1984 is about showing that Wonder Woman (again played by Gal Gadot) isn’t just a female version of Superman or Thor. The film owes more to Richard Lester’s Superman sequels than Man of Steel or even Richard Donner’s Superman, but there is a weird throwback joy in Diana’s “do no harm” superheroism. Not every artistic choice works in this long, colorful and unconventional sequel, but it’s a big “let Jenkins be Jenkins” swing. There is real value in a movie arguing that Wonder Woman’s biggest superpower is her compassion and empathy rather than “can fight good.”

Okay, so I hate the whole “pity party for Peter Parker because Mary Jane moved on after Peter rejected her” thing, but almost everything else is gangbusters. The film features two great dramatic beats for Rosemary Harris’ Aunt May. It offers a wonderfully warm pre-villain turn by Alfred Molina as Doctor Octavius and a deliciously homicidal entrance for his Doctor Octopus persona. It touts a refreshingly action-lite climax (like two other movies on this list, it mostly involves characters talking it out) and that classic train fight sequence. The Spidey vs. Doc Ock smackdown holds up today, and in 2004 it was the first time we’d seen a full-on comic book slugfest that looked like the real thing. That it climaxes with a “New Yorkers pitch in” bit that’s far less patronizing than Spider-Man‘s “you mess with one of us, you mess with all of us” insert, and, yeah, resistance is futile.

Teenage Mutant Ninja Turtles: Out of the Shadows (Paramount
)

This second entry in Nickelodeon’s rebooted TMNT franchise was everything fans and general audiences wanted from the first film. The heroes themselves are the primary focus, as opposed to the 2014 reboot which was pretzeled into a redo of Transformers with Megan Fox’s April O’Neil in the Shia LaBeouf role. Out of the Shadows is a colorful, witty and kid-targeted bonanza that nails our turtle siblings hanging out, joshing with each other and wrestling with real moral dilemmas as Shredder’s newest plan brings a possible “cure” for mutation. It’s also a goofy romp with a deluge of marquee characters (Baxter Stockman, Krang, Bebop and Rocksteady) finally making their live-action debut amid action scenes that are more concerned with high-flying theatrics than brutal beatdowns. Out of the Shadows is essentially “What if that 1980’s cartoon was as good as we remembered?” It’s a classic example of a superior sequel bombing because its predecessor was terrible.

In some ways, this Russo Bros.-directed sequel is the essential film in the MCU taking over Hollywood. It wasn’t just a genre approximation, in this case, a Sydney Pollack meets Tom Clancy action thriller. It was a genre appropriation that was better than the genuine articles which Hollywood was offering (think Jack Ryan: Shadow Recruit) at the time. This ripping actioner elevated Chris Evans’ Steve Rogers to co-leadership alongside Robert Downey Jr.’s Tony Stark and gave Scarlett Johansson’s Black Widow and Samuel L. Jackson’s Nick Fury their best MCU moments. It was the first stand-alone sequel that was a must-see mythology episode in terms of the overall MCU arc. I still think the first half, more grounded and character-focused, is better than the more blockbuster-y second half. Sadly, my complaints about “secret Nazis in the upper echelons of government” being unrealistic is no longer a valid criticism.

Guillermo del Toro took the reigns in this gothic, grisly sequel to Wesley Snipes’ groundbreaking Marvel adaptation, and the difference is palpable. This sequel has a pretty logical “next movie” plot, namely Blade and the vampires he’s sworn to kill forming a reluctant truce to hunt down super-charged “Reapers” who prey on humans and vampires alike. It’s like that episode of every 80’s kids toon where the good guys and the bad guys teamed up to fight drug dealers. Stephen Norrington’s Blade is very good at what it attempts to be, namely a kick-ass action flick that happens to take place amid vampires. Blade II leans into the horror and melodrama without sacrificing any action, offering jaw-dropping creature effects, grotesque imagery and an even more loaded “vampires = AIDS” metaphor. Both of those first two Blade films are pretty great in their ways, but we won’t talk about Blade: Trinity.

Ant-Man and the Wasp (Walt Disney)

MCU is not yet known for delivering sterling “part two” entries. Peyton Reed’s cheerfully inventive Ant-Man and the Wasp is the only MCU “part two” that is noticeably better than its respective part one. It finds a simple solution for the whole “Civil War punked Paul Rudd’s entire Ant-Man character arc.” It remembers that it’s a sequel (Scott’s unconventional family unit is now super supportive of each other). It goes out of its way to be a different kind of superhero movie. There is no arch-villain, little at stake beyond its lead characters’ small-scale goals, almost no hard violence, and the tone and sentiment of a 1950’s Walt Disney kiddie caper. Ant-Man and the Wasp unassumingly features some of the best special effects-driven action in the whole MCU. That this arguable toss-off chapter is this damn good is a big reason why Marvel has become the most popular brand in Hollywood.

$168 million worldwide on an $85 million budget

Huh, Guillermo del Toro has two entries on this list. Released one week before a game-changing mega-blockbuster comic book superhero sequel, this moving and devilish fantasy tragedy sometimes gets lost in the shuffle. The second Ron Perlman/Selma Blair flick, about a young adult struggling with being an adopted demon from hell who wants to live everyday life, leans into the fantastical and mythological. It also offers an unexpected moral dilemma that doubles as a metaphor for how good and evil is often defined by who benefits from the status quo. The film is a visual feast and an emotional rollercoaster, especially a late-in-the-film prophecy that pointed towards a shattering threequel that never happened. I don’t blame Hollywood for saying no, since this film didn’t even double its budget despite an aggressive Universal marketing campaign. Besides, as we have learned, sometimes two terrific installments don’t necessarily benefit from an arbitrary third chapter.

With X-Men ($299 million on a $75 million budget) and Spider-Man ($821 million) putting the comic book superhero movie on a pedestal, Bryan Singer had the money and confidence to expand his X-Men universe vastly. The first 45 minutes may be the best first act of any superhero movie ever, complete with warm-n-fuzzy character reintroductions, rising tension and a blow-out action sequence featuring Hugh Jackman’s Wolverine going “berserker rage” against an invading army of paramilitary baddies. That sequence packed a punch just two years after 9/11, offering innocents using lethal force against wrongful government action.  Loosely based on God Loves, Man Kills, Jean Grey (Famke Janssen) and Storm (Halle Berry) get plenty of screen time while Nightcrawler’s (Alan Cumming) benevolent spirituality provides a counterbalance to Storm’s earned militancy. It may be impossible to top the sheer thrill of X2‘s “Okay, now this is the X-Men movie you’ve always wanted to see!”

If Wonder Woman 1984 is Patty Jenkins going “full Jenkins,” then The Dark Knight sees Chris Nolan’s follow-up to Batman Begins going “full Nolan.” Chris Nolan’s intricately plotted and literate blockbuster blended Michael Mann-style action, Sydney Lumet-style crime melodrama and just a dash of pulpy superhero thrills. It still holds up as a bracingly intense thriller, offering a near breathless pace (especially that high-wire and Joker-intensive second act) and superb performances from Gary Oldman and Heath Ledger as the yin and yang of a city on the verge of triumph or disaster. Even with an increased scale and a whole Harvey Dent story to tell, Nolan keeps much of the focus on Batman himself, as the Caped Crusader finds himself tested by the limitations of his arbitrary moral code. The justly-acclaimed movie plays out unconventionally in a way that few of its imitators even tried to notice.

Pardon the broken record, but yeah, Batman Returns is indeed Tim Burton following up his blockbuster Batman (which he argued was around maybe 40% what the studio wanted) with a gothic horror fairy tale follow-up that is pure, unfiltered Burton. Everyone loves it today, but back in the summer of 1992, the unapologetically grim, gruesome and wantonly sexual Batman adventure was not quite what audiences were expecting from a PG-13 summer action fantasy with a McDonalds
Happy Meal tie-in. It was still a hit, but the parental outcry left a mark, which led to Joel Schumacher stepping in for a brighter, campier, more family-friendly and (ironically) more Bruce Wayne-centric Batman Forever. Come what may, Batman Returns may be the craziest, most thematically challenging and just straight bonkers comic book superhero movie ever made. In a skewed irony, the best comic book sequel ever made is also one of the best Christmas-centric blockbusters of all time.

The setting isn’t just pageantry, as the movie is implicitly about (among other things, including style over substance politics) seasonal depression, as Burton goes full gothic fairy tale about tortured souls retreating to cartoonish alter-egos rather than face the world as themselves. Pfeiffer’s still trailblazing supervillain/anti-hero performance that externalizes the raw hurt of systematic misogyny. Danny DeVito gives us our perverted Jesus figure as the monstrous Penguin, while Christopher Walken’s evil tycoon acts as a puppet master who loses control of his puppet. All three combine to offer what-if scenarios for our Dark Knight (the embittered orphan, the bloodthirsty vigilante and the corrupt businessman). The nightmarish grim fairy tale sees Penguin using his personal sob story to run for mayor doubles as a sadly prescient parable that is now just a little less unrealistic than it was only two months ago. There will never, ever be another superhero sequel quite like Batman Returns.

Avengers: Age of Ultron has aged well as a character-specific middle-chapter in the grand “Infinity War” saga.  Guardians of the Galaxy Vol. 2 has two fine acts before succumbing to blockbuster-itus in act three. I like Superman II (both the Lester and the Donner cuts) less than you, while Deadpool 2 is a solid entry. If we were looser about definitions, then, yeah, Birds of Prey (one of 2020’s best movies) would have made the cut. If we were talking superhero movies, The Matrix Reloaded would be getting its due credit. And if we include threequels, then there’d be more MCU flicks with Iron Man 3 and Thor: Ragnarok making the cut. Oh, and a special mention to Fantastic Four: The Rise of the Silver Surfer, if only for being the only one of four (!) Fantastic Four movies that wasn’t the same damn feature-length origin story.