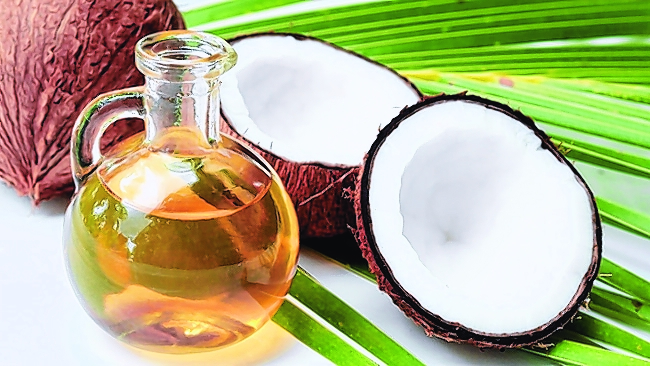 Dar es Salaam. Some call the coconut the “tree of life” while others have called it the “retirement tree” to describe its long-term benefits that can last for over 100 years.

Tanzania is a major coconut producer in Africa with an annual production of nearly 800 million coconuts, particularly along the country’s coastal belt.

“We have between 250,000 and 260,000 hectares of land on which there are at least 25 million coconut trees,” says Zuberi Bira, director of the Tanzania Agricultural Research Institute (Tari-Mikocheni).

Coconut is one of the world’s oilseed crops. The end product (edible oil) is in high demand in Tanzania – as much of the oil is still imported.

Dr Bira says current coconut production can produce up to 58,000 tonnes of cooking oil, which can help reduce the shortage, creating an opportunity for the sector.

According to the Ministry of Industry and Trade, Tanzania’s annual demand for edible oil is 650,000 tonnes compared to 290,000 tonnes produced locally, which represents a deficit of 360,000 tonnes.

Edible oil demand forecasts show that 700,000 tonnes would be needed by 2030, ensuring market growth for investors for the foreseeable future. The government has encouraged the cultivation of seeds with the aim of alleviating the shortage, but more efforts are needed as this type of agriculture still faces many challenges.

Dr Bira says that the coconut, which grows well in a climate of over 27 degrees Celsius and 2,000 mm of rainfall, can very effectively reduce the shortage of edible oil, provided the right initiatives are put in place. square.

He says that to increase coconut production in the country and increase its contribution to the oil industry, advanced agricultural techniques must be applied.

“You can plant the trees with a spacing of 10 meters to 15 meters to allow polyculture. It is possible to include other crops on the same farm, ”he says.

Dr Bira says mixing coconut with other crops is effective and does not affect its production, but different trees would require different types of fertilizers and other agricultural inputs.

He says coconuts also require planning and other agricultural care to control pests and diseases.

“Pests can be controlled by fumigation, but also biologically you can plant oranges or lemon trees which attract a type of ants known as ‘Majimoto’ which attacks pests which attack coconuts,” says Dr. Bira.

Dr Bira adds that coconut leaves are also used for roofs of houses and some of the mature trees can be used as wood while the milk in coconut fruits can be used as a cool drink.

Coconut can also be used to produce medicine and sometimes the fruit shells used as firewood or fertilizer for home gardens.

According to Dr Bira, besides rapid urbanization, which has resulted in the felling of coconut palms, another major challenge is the use of traditional farming methods by majority farmers.

Another challenge is that most farmers still use local seeds instead of improved seeds, thus affecting their yield.

“Farmers don’t use improved seeds, they just depend on the seeds they get from friends or family without considering other factors,” says Dr Bira.

What should be done

According to Dr Bira, through Tari, the government has increasingly engaged farmers in promoting modern agricultural techniques. It also involves some local authorities to start improved seed plots.

He says the recommended seed is the East African Tall which has the capacity to handle climate change and the harvest period ranges from five to seven years.

He said that a coconut is sold for between 250 and 300 sh while edible coconut oil is sold at a higher price.

Dr Bira said the coconut market is still huge and the strategic plan now is to increase production areas which, at the moment, are based only along the Indian Ocean and in the region. from Morogoro, Mbeya, Dodoma and around Lake Victoria.