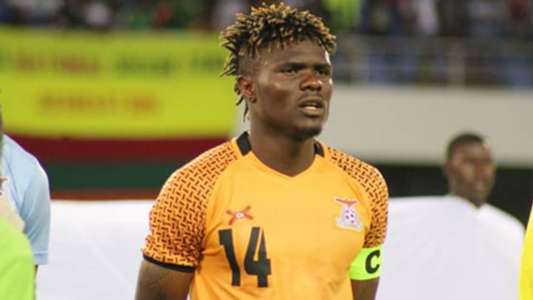 Zambian defender Kabaso Chongo has explained why he will not approach the Cosafa Cup tournament as the defending champion.

The TP Mazembe star returned to the fold of the national team after being suspended last year just after playing a friendly against Kenya in Nairobi and said they had to work hard to start the campaign with a victory.

Chipolopolo was due to start the tournament with a match against Comoros, who withdrew due to their government’s restrictions on coronaviruses. The withdrawal forced Cosafa’s management to reshuffle the matches.

Following the withdrawal of the Islanders, Group B will remain with three teams: Zambia, Malawi and Madagascar. The Flames face Madagascar in the group opener on Wednesday, followed by a match between Zambia and Malagasy on July 10. Zambia and Malawi will play the final group match on July 13.

“There is no small tournament, for us even friendly matches are very important. Cosafa has created opportunities for a lot of players. Others have been bought by foreign clubs because of the big Cosafa tournament. future players must believe in themselves and strive to be better than those before them, ”he concluded.

Meanwhile, Amazulu striker Augustine Mulenga has said he hopes every member of the Zambian squad will approach the tournament with the spirit of defending the trophy.

July 6: Group A: Eswatini vs Lesotho and South Africa vs Botswana.

July 7: Group B: Madagascar vs Malawi and Zambia

July 8: Group C: Mozambique vs Zimbabwe and Senegal vs Namibia

July 9: Group A: Lesotho vs Botswana and South Africa vs Eswatini.

July 10: Group B: Malawi vs Comoros and Madagascar vs Zambia

11 July: Group C: Zimbabwe vs Namibia and Mozambique vs Senegal

July 13: Group B: Comoros vs Madagascar and Zambia vs Malawi

July 13: Group A: Botswana vs Eswatini and South Africa vs Lesotho

July 16: Semi-finals: Winner A versus Best runner-up and Winner B versus Winner C